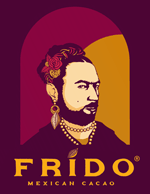 As human beings we have our roots in nature, not simply because of the fact that the chemistry of our bodies is of essentially the same elements as the air of dirt or grass. In this sense, when we relate to nature we are putting our roots back into their native soil.

Two hundred years ago human beings had a real and deep connection with one of the most sacred trees:  THEOBROMA CACAO.

Originated in the upper Amazon basin region. There are 22 species, grouped into six sections. Only two of the 22 are of any interest to us: Theobroma Cacao, Theobroma Bicolor.

Charles de L’Ecluse was the first to cite the cacao in the botanical literature as Cacao fructus. Later (1737), Linneu described it as Theobroma fructus. However, in 1753, the same Linneu proposed the specific name of Theobroma cacao, which remains to this day.

The name could be influenced by the three alkaloids it contains, of which the two most important are theobromine, followed by caffeine. Furthermore, THEOBROMA CACAO,  is said to be mood enhancing, and is a known stimulant, vasodilator and diuretic.

We now realize that the Spanish invaders derived their earliest real knowledge of cacao, and the word “cacao”, not from the Aztecs but from the Maya of the Yucatan Peninsula neighboring Central America.

It so happens that “cacao” is another of those loan words from Mixe-Zoquean. Originally pronounced Kakawa, it has been reconstructed by linguists Terrence Kaufman and John Justeson as a vocabulary item by at least 1000 BC, at the very height of Olmec civilization at the great site of San Lorenzo.